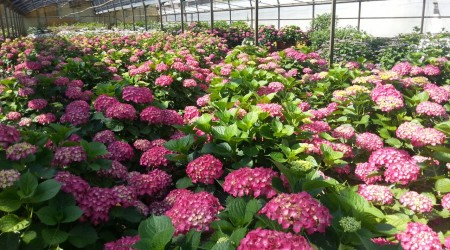 The Arundo Donax (also called giant cane) is a perennial herbaceous with a long, hollow and solid trunk, which grows even in relatively poor soil. From the poaceae family, it's grown as a bush freeform in containers.

Its origin area includes the basin of the Mediterranean sea, the Middle East adn India, but currently the cane can be found both planted and naturalised in temperate and subtropic regions of both emisppheres. The nomenclature is a repetition: both terms Arundo and Donax, respectively latin and greek, mean cane.

The biggest cane in Europe, it resembles a big swamp cane or a bamboo cane.
There are two varieties: Arundo donax variegata and Arundo donax versicolor, of which the second one is considered more attractive thanks to his striated color.  This species blooms  in september - october producing plumy spindle-shaped corns with erect habit. Flowers are monoecious, seeds are rarely fertile and the reproduction is mostly vegetative, through underground rhizome. These  rhizomes are woody, fibrous and they from extended knubbly rugs which penetrate up to 1 mt. of soil depth.

Leaves are deciduous, long, linear and varied in green and cream - white; in spring it develops long trunks. In summer its colour is almost totally green; the aerial part dries up. The growth rate is fast and is ideal for private gardens, public parks or acquatic gardens. The ancient Egyptians already knew this plant, and they used its leaves to wrap the remains of the deceased.

Canes contain silica, and this is perhaps the main reason for their resistance and durability. The trunk is made of such a flexible and though material to be considered as the best for the manufacturing of musical wind instruments reeds.